The Church restaurant is situated where the former St. Mary’s Church of Ireland boasts the Renatus Harris built organ and spectacular stained glass windows in the galleried section where you can now enjoy a meal in the restaurant.

Arthur Guinness was married here in 1761 and you can toast him whilst raising a pint of plain in the bar or the large terrace outside.

St. Mary’s closed in 1964 and lay derelict for a number of years until it was purchased by John Keating in 1997. Following extensive restoration over a seven year period, this List 1 building finally re-opened its doors in December 2005 as John M. Keating’s Bar.

The tasteful conversion and refurbishment of this Dublin landmark was acknowledged at the Dublin City Neighbourhood Awards 2006, where it won first prize in the category of Best Old Building

In September 2007 the building was acquired by new owners and renamed The Church Bar & Restaurant and its range of services was expanded to include a Café, Night Club and a Barbeque area on the terrace. 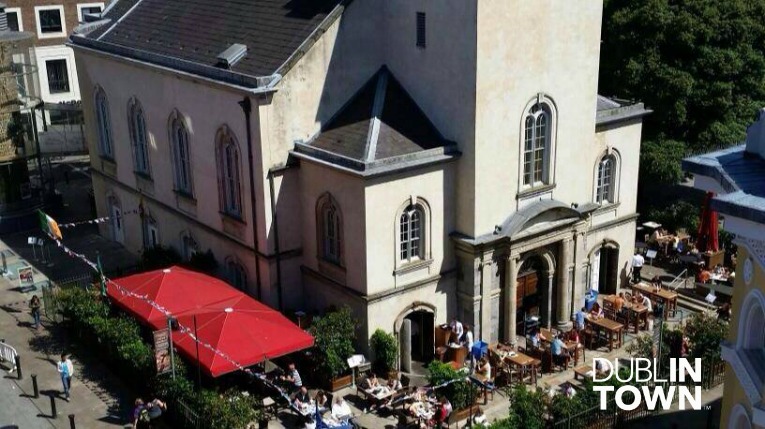 A Perfect Date with Dublin