Written by Daniel Fortes on September 25, 2014. Posted in Culture Gallery

We put together a list with 7 must see events for this years Dublin Festival of History 2014. 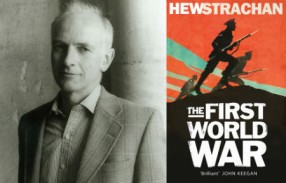 Sir Hew Strachan is one of the world’s foremost experts on the First World War. His three-volume history of the conflict, the first of which was published in 2001, is likely to become the standard academic reference work on the war. Max Hastings called it ‘one of the most impressive books of modern history in a generation’.

The centenary commemorations of the Great War have fuelled an intense debate on the nature of that epic cataclysm and Professor Strachan’s discussion with Trinity’s John Horne is sure to be one of the highlights of the festival. 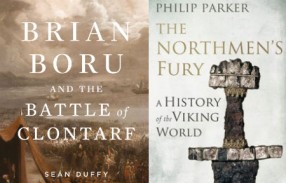 6. Dublin in the Viking Era

What was Dublin like in the Viking era and what status did the city enjoy in the greater Viking world? In this anniversary year of the Battle of Clontarf, two historians bring their expert knowledge to this debate.

Sean Duffy’s Brian Boru and the Battle of Clontarf offers a new interpretation of the role of the Vikings in Irish affairs and explains how Brian emerged from obscurity to attain the high-kingship of Ireland because of his exploitation of the Viking presence.

Philip Parker is the author of The Northmen’s Fury: a History of the Viking World which describes how a region at the edge of Europe came to dominate and to terrorise much of the rest of the continent for nearly three centuries.

Elva Johnston is a lecturer in history at University College Dublin. 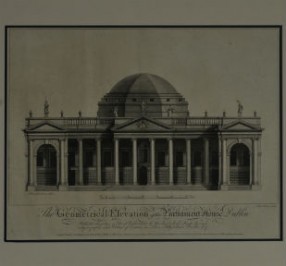 Phoenix Park tour guides will unlock this hidden history site, the final resting place of British soldiers killed in 1916 Rising and those who lost their lives on the RMS Leinster.
Please phone Phoenix Park Visitor Centre, 01 6770095 to book a place on the tour. Meet at the cemetery gates. 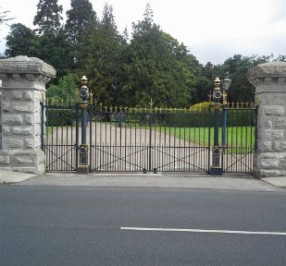 Walking tour of medieval and Georgian Dublin with Architecture Tours Ireland. This tour has been specially designed for the Dublin Festival of History and there is a special offer tour price of €10. Please book at www.architecturetours.ie and meet at the Tourist Information Centre, Suffolk Street.

Join producer/director Kevin McCann and historian Meredith Meagher for a discussion on bringing the 1916 Rising to film and the challenges of history on the big screen. 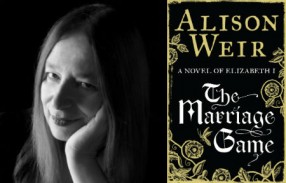 2. The Virgin Queen and the Marriage Game – Alison Weir

Their affair was the scandal of Europe. From the time of her accession in 1558, the young Elizabeth I and her dashing, but married, Master of Horse, Lord Robert Dudley, recklessly pursued their passion for each other. Many suitors sought Elizabeth’s hand in marriage but she played ‘the marriage game’ with them, holding them off indefinitely while, at the same time, appearing seriously to entertain them. This dangerous love game with Lord Robert Dudley could ultimately have cost Elizabeth the throne.

Alison Weir discusses her new novel, The Marriage Game, a dramatic, complex, often funny, and deeply poignant tale of intrigue, love and loss, tracing the highs and lows of one of history’s most extraordinary and controversial royal love affairs.

Alison Weir is the UK’s biggest-selling female historian and has published 20 books many of them on the Tudor monarchies. 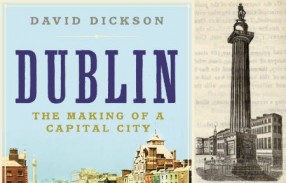 1. Dublin: the making of a capital city

Dublin has many histories: for a thousand years a modest urban settlement on the quiet waters of the Irish Sea, for the last four hundred it has experienced great – and often astonishing – change. A quartet of leading Irish historians will discuss the provenance of Dublin as a nation’s capital. From second city of Empire in Georgian times to post-Act of Union decline, from hotbed of revolution to Free State capital, these and other aspects of Dublin’s history will be debated, using as a touchstone David Dickson’s magnificent new book on the history of the city.

Top 10 things to do on Valentines Day in Dublin