The team at Zaragoza on South William St are delighted to announce their first ‘Beer meets Food’  Night at Zaragoza! Join them on Friday, 20th October from 6pm – 8pm and enjoy four incredible craft beers each paired with a tantalising Zaragoza dish.

Be guided through the unique notes and tastes of each beer by their expert host, and experience the heightened flavours of each dish which are brought out by the carefully chosen complimenting craft beer.

Tickets are priced at €27.50 per person with limited tickets available. 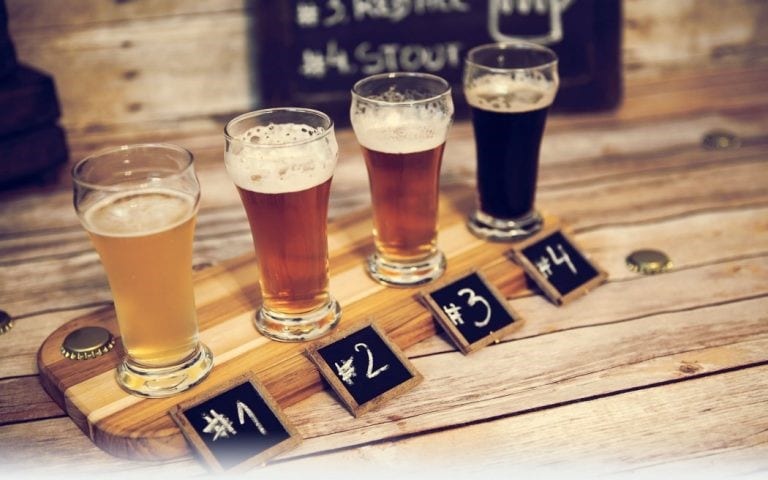 The four featured craft beers and the dishes being paired with are:

Originating in Leipzig this unfiltered wheat beer comes with a crisp, fruity twang, not unlike a Berliner Weisse or Belgian lambic. Traditionally served in Germany with a syrup, Wicklow Wolf has added whole blueberries to the brew to replicate this. Paired with: A selction of cheeses

Hailing from Wexford the folks at Yellowbelly is arguably the most exciting brewery in Ireland right now producing incredible sours and IPA’s. Their lager is proof that this often maligned beer style among craft beer drinkers has much to offer even the most discerning beer drinker. Fresh, crisp with a sweet, malty backbone. Paired with: Mayo Lamb Kofti: Spiced ground lamb chargrilled with  Tzatziki

An original homebrew recipe using 9 different malts including a good chunk of smoked ‘Rauchmaltz’ from Bamberg, Germany. Big flavour hits of molasses, raisins and caramel are cut with the resinous US hop Chinook. Smokey aromas fly, reminiscent of the smokestacks of industrial London. Paired with: Mini pig Burger:  Pork cheek minced, bacon and our special sauce.

Brooklyn Brewery’s head brewer Garrett Oliver has been one of the beer industries foremost authorities for over two decades now, publishing multiple books on our favourite drink. This stout is one of his greatest recipes. Based on the Russian imperial stouts served in the royal courts this is rich and decadent, yielding huge hits of coffee and dark chocolate. This last pairing is a surprise for our Beer meets Food guests on the night!

Catch 22 – A Gem For Any Seafood Lover

Our top picks – Food Glorious Food at Taste of Dublin