Cornucopia has become an institution among the city’s vegan and veggie diners since Deirdre McCafferty first opened her family-run restaurant on Wicklow Street in 1986. Now set to host a party on Sunday 16 October to celebrate their 30th birthday, she tells Elaine O’Regan their ethos is as much about community as it is family.

In the 30 years since its doors first opened on Dublin’s Wicklow Street back in 1986, Cornucopia has established itself as a firm favourite among vegan and vegetarian diners in the city.

“It’s a terrific feeling to have reached 30 years and I’m proud of it. It’s been a long journey and I find myself incredibly happy,” says Deirdre McCafferty, who established the business in 1986 with her late husband Neil and now runs Cornucopia with her daughter Dairine.

“So many people have worked so hard and given me their best over the years and our customers are wonderful,” she says.  “We have people who’ve been with us since the beginning and newer generations they’ve brought with them. It’s a place of memories for many, a kind of community really.” 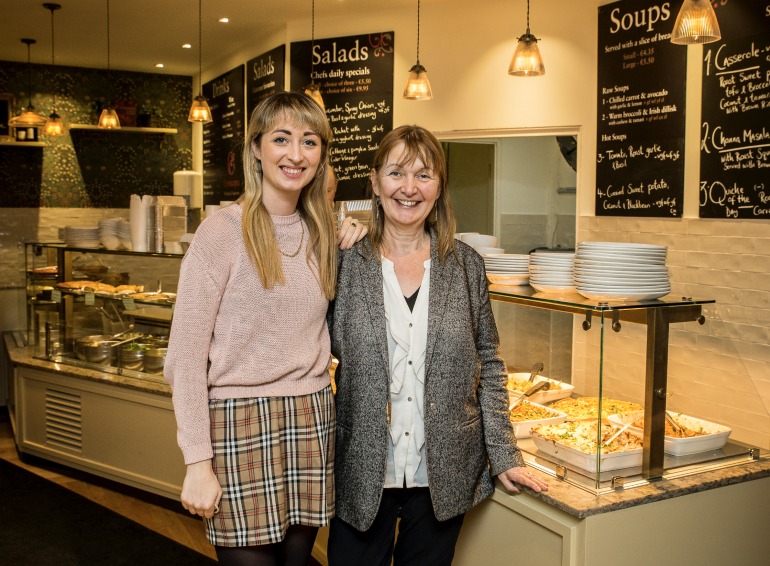 A family-run business: Deirdre McCafferty pictured with her daughter Dairine, who is now Cornucopia’s general manager.

In the three decades since Cornucopia opened with McCafferty’s late husband Neil as its first chef, the business has earned a reputation for innovation in devising a tasty casual dining menu for vegetarian and vegan diners.

“Neil died in 1993 and it was hard initially to find good vegetarian chefs. To make great tasting vegetarian food is a specific skill,” says McCafferty. “Over the years, the great chefs I remember, in particular, are the late Eddie Bates and also James de Burca. Now we have a wonderful head chef in Tony Keogh, who is very innovative and committed.”

“I have to mention our potato salad. It’s made using roasted hazelnut, garlic and our own mayonnaise with potatoes and parsley. It was created by Neil and we have sold so much of it over the years,” says McCafferty

“I love our coleslaw as well, which we also make with our own vegan mayonnaise. We’re developing our vegan cheeses, one we’re thinking of calling ‘Cashew Blue’. “It’s made with cashew nuts and spirulina for the blue vein and people are loving it. Tony has created it and fermented it using Sauerkraut and Miso.” 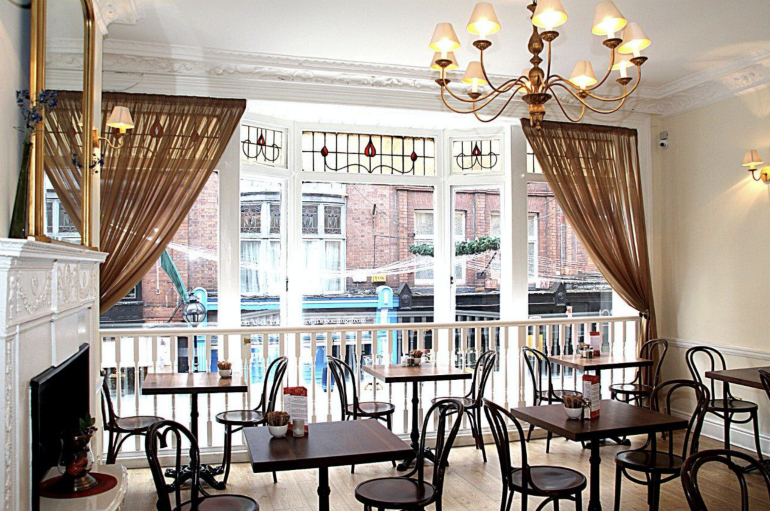 Vegan cuisine has risen in popularity in recent years, particularly among younger diners whose motivation is conscientious. “About 90 per cent of our food is vegan. We use eggs for omelettes and things like that, but in general, there’s a trend among environmentally conscious young people,” says McCafferty.

“They want cuisine that doesn’t involve animals in the food chain and plant-based foods are less taxing on the environment. Raw vegan is very on-trend at the moment, so the food isn’t very heated and the idea is that the nutrients are preserved.

“Fermented foods are also on the rise now. People are looking for Sauerkraut and Kimchi, because they are good for the gut.” 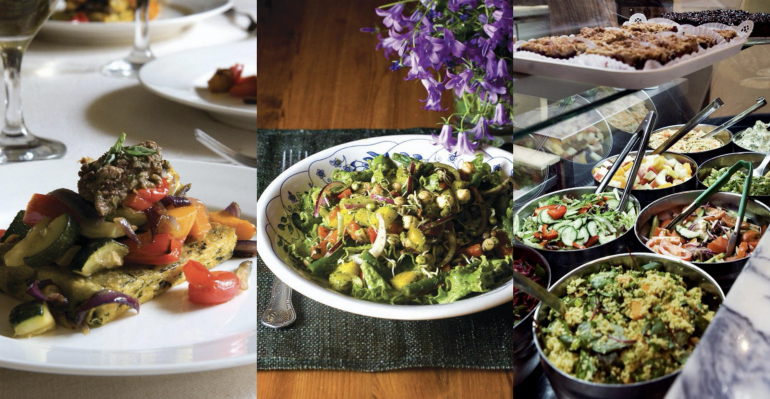 Deirdre McCafferty and her team have developed a range of four cold-pressed vegetable and natural fruit juices under the Cornucopia brand, using a technique called high pressure processing (HPP), to achieve a longer shelf-life.

With her daughter Dairine now in the role of Cornucopia’s general manager, Deirdre has set her sights on building the brand further in the retail, food service and other sectors. 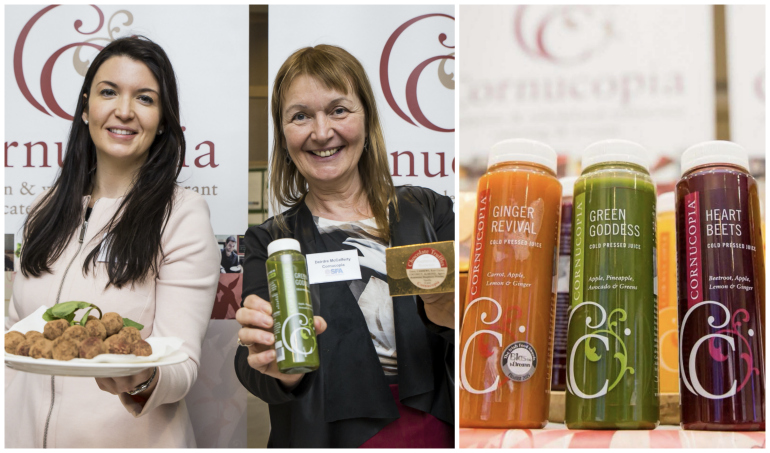 We’re delighted to have the team from VeggingOut.ie guest blogging for #DineInDublin! To read the complete interview with Cornucopia’s Deirdre McCafferty visit www.veggingout.ie. 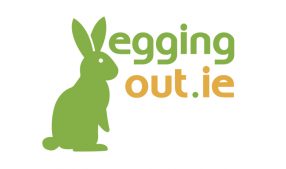