It was a night that saw Dublin’s culinary glitterati and members of the media come together in The MGN in celebration of Dublin’s, world class restaurant and food scene. The mood was jovial and the atmosphere electric as over a hundred guests mingled and revelled in the celebration.

Andrew Rudd was the MC on the night and it’s safe to say he did a marvellous job of entertaining and interacting with the diners, while also ensuring proceedings moved along in an orderly fashion. The night consisted of a sumptuous 5 course tasting menu intertwined with fine wine, colourful cocktails and sighs of contented diners.

After working up an appetite with the aperitif entitled ‘Taoiseach,’ the diners were served up the first dish of the night, which was made by Philip Hughes of Opium. 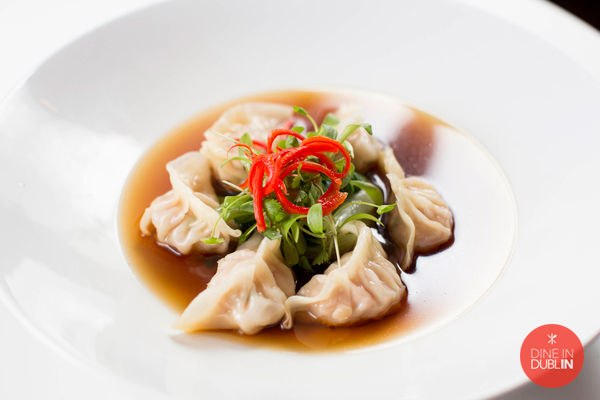 This dish consisted of Asian Umami chicken broth, pork & prawn dumplings, pak choi and young ginger, shitake and mushroom chilli. It was washed down with a Menade Rueda 2013. By all accounts it was a taste sensation and a great start to the evening. 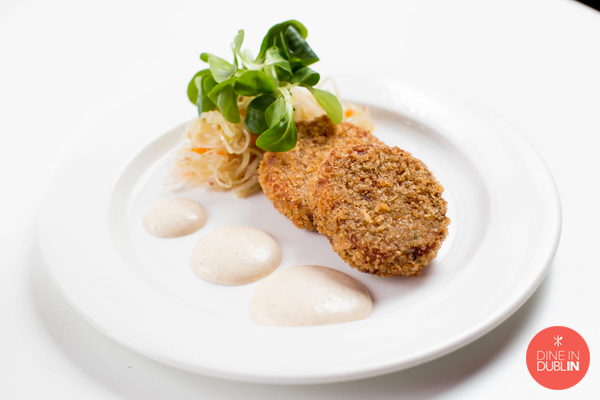 Next up was Derek Brown of Le Bon Crubeen. He served up crispy crubeens with choucroute and apple and hazelnut mayonnaise. This was accompanied by a Meyer-Fonne Pinot Blanc ‘Vieilles Vignes.’ It was a delectable, flavoursome dish that transported diners straight to the heart of France. 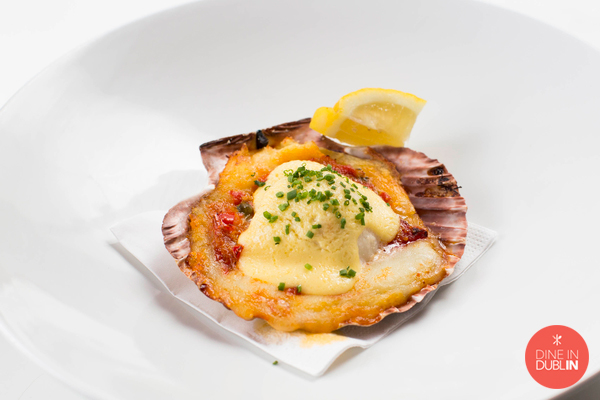 Diners were not left in their French daydream for too long however, as next stop on the food train was Italy, courtesy of Temple Garner of San Lorenzo’s. Scallops Al Forno was the order of the day, baked in the half shell with mashed potato, creamy crab peperonata, basil and parmesan. Denis Duveau ‘El Grano’ Chardonnay was the tipple of choice for this course. Once again plates, well half shells, were left empty and the scallops described as “melt in your mouth.”

At this point in the evening, diners started loosening their belts and mopping their brows as they prepped themselves mentally and physically for the next stage of the food marathon. There was a moment’s respite offered in the form of the cooling and cleansing “Elder Irish Fizz.” This gave the diners an invigorating lift and prepared them for round four of the evening. 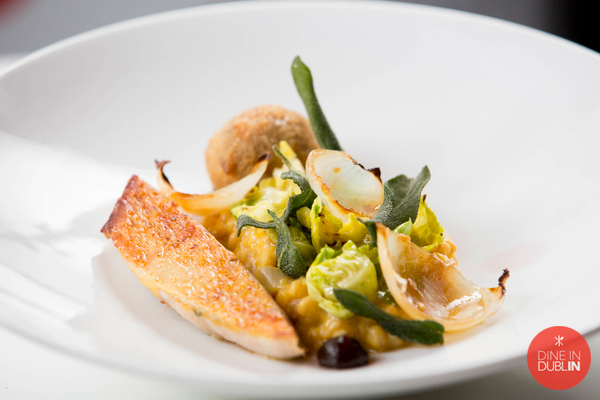 Round four was prepared by Stephen Gibson of Pichet. It consisted of guinea fowl with pickled mushrooms and brown butter celeriac. This was served with Jean-Claude Regnaudot ‘Bourgogne’ Pinot Noir. The dish ensured the savoury courses were rounded off on a high note and that the diners’ levels of satisfaction were about to shoot off the satisfaction scale. 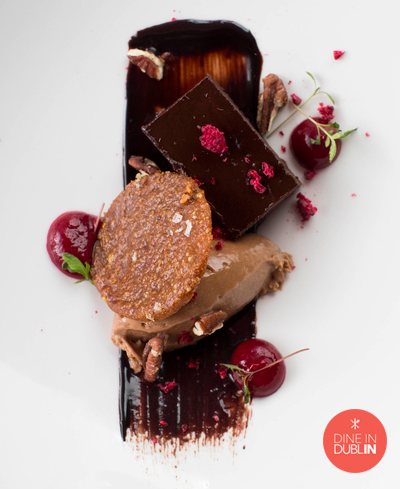 The final round of the evening was of course, the dessert. This was served up by Shane Smith of Fallon & Byrne. It was a delicious tasting plate of chocolate, salted pecans and raspberries and was accompanied by a ‘Dowa’ 10 year old port. It was just the right amount of sweet to complement the immense savoury prelude and although it was the fifth and final dish of an epic food experience there wasn’t a morsel left behind.

With all the eating done it was time to get down to some digesting and this was aided by a digestif entitled ‘Tan Reviver,’ which diners imbibed with grateful enthusiasm as they sat back and dreamt of stretchy pants. 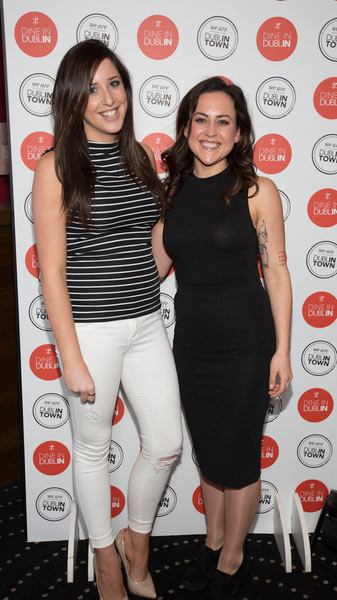 By all accounts the night was a resounding success and ‘Dine in Dublin’ 2015 has been well and truly welcomed for its 6th year. A huge thank you has to go to all who made this event possible. That means you…

Andrew Rudd for being the host with the most and of course, the ‘Medley’ crew.

Fallon & Byrne, Liam Smith and Shane Smith for the hospitality, wine pairing and of course, the delicious dessert.

Opium and Philip Hughes, Le Bon Crubeen and Derek Brown, San Lorenzo’s and Temple Garner and Pichet and Stephen Gibson for the incredible 5 course feast you created for our diners.

Aaron Wall of ‘The Meeting House’ for concocting an amazing array of cocktails and telling us all how it’s done.

The folks at ‘The MGN’ for allowing us use their incredible venue for the night.

‘Catapult’ for pulling the whole venue together and ensuring the event ran glitch free.

Elevate PR for sticking with us throughout the night and maintaining our impeccable public relations.

Last, but by no means least, thank you to all who attended and who made the event as amazing as it was. Without you there would be no ‘Dine in Dublin’ so thank you and be sure to enjoy all that Dublin’s incredible food scene has to offer throughout ‘Dine in Dublin’ 2015.

A Taste of Italy At Home with Boutique Wines & TheTaste.ie

DublinTown Cafes Bars Restaurants With Outdoor Seating or Take Away