A Puma Brand Ambassador, regular panelist on TV3 and weekly columnist with the Irish Independent, Siobhan Byrne is one of Ireland’s most popular experts in the areas of wellbeing.

Along with her husband Paul, Siobhan runs one of the most well known personal training gyms in Ireland, Body Byrne. With regular celeb clients and rave reviews, we were obviously super excited to sit down with Siobhan and have a chat about all things fitness, nutrition and wellbeing! 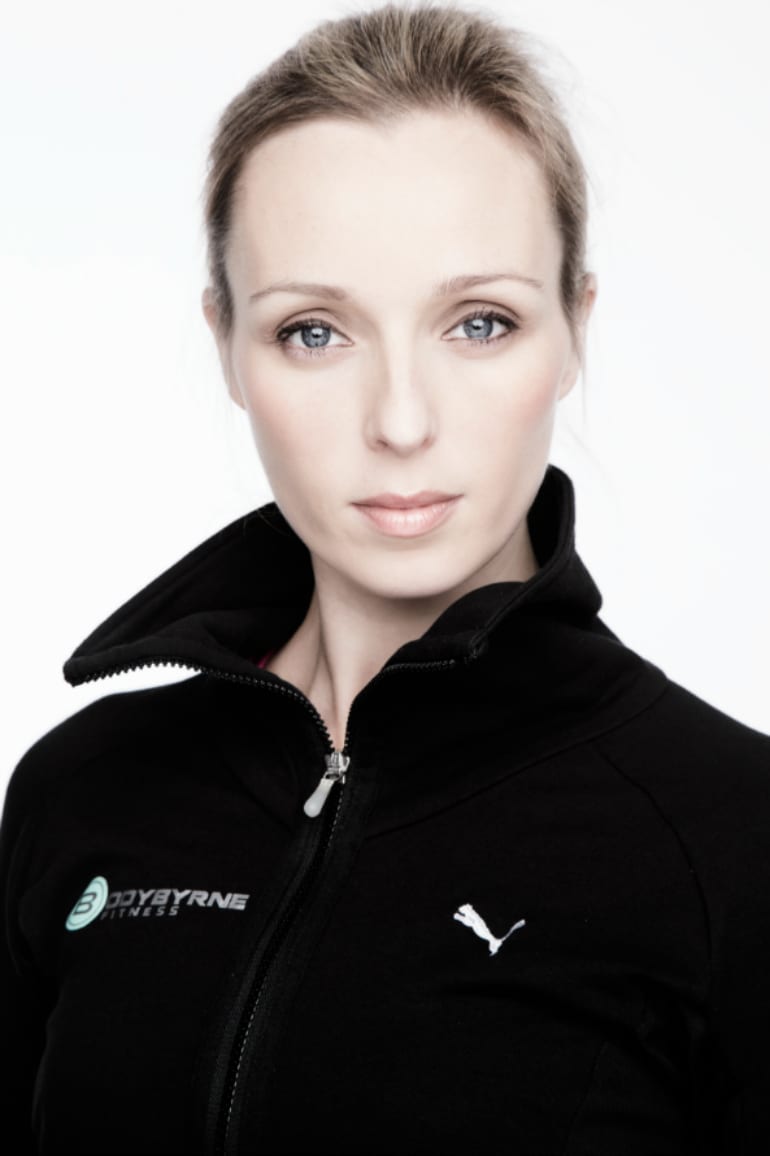 How has Body Byrne developed in to the business it is today?

It always started with Paul who has been personal training for the past 25 years and working in gyms all his life. Things really kicked off when he worked with Jim Sheridan and from there started training Daniel Day Lewis for his role in The Boxer. Following on, high profile Hollywood celebrities came about. He later made the decision to move into Personal Training full time. That was about 15 years ago and I later came on board around 13-14 years ago. We have a bond that works really well in terms of business sense, both having skills which compliment the other.

We found our first place out in Rathcoole, then moved to Temple Bar, our first location in the city centre, but within three maybe four years we outgrew it. We then found our current location on Clarendon Street in the Creative Quarter and have been there for eight years now. It’s 3,500 square foot which is an unusual amount of space for the city centre! 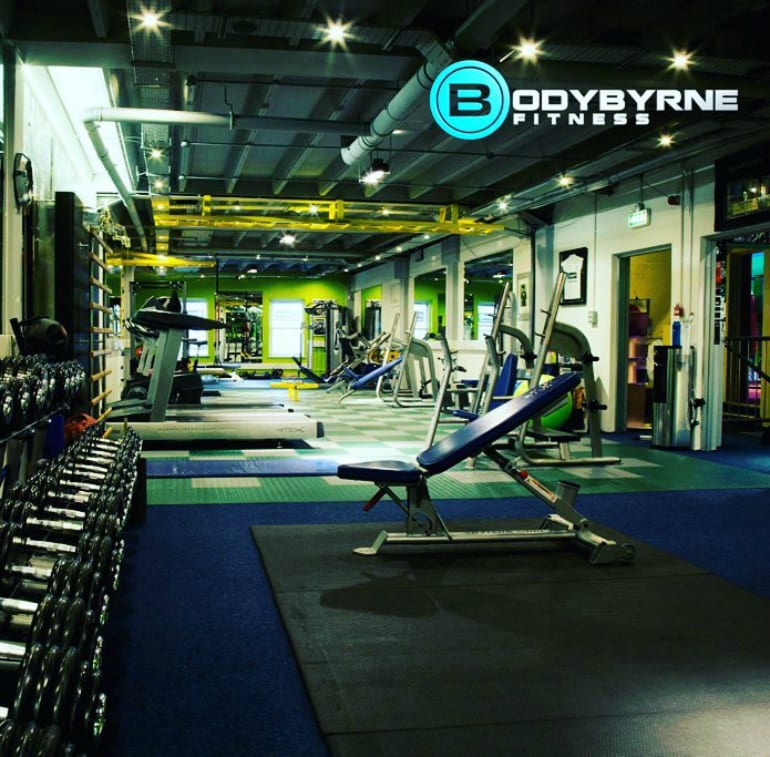 Paul had started off working in the area so us bringing it back to Clarendon Street almost feels like full circle. We’ve opened up right beside where he started off. It’s a great place to be. We have a lot of good relationships with businesses in the area as well as The Westbury. There is a special little feeling, that it’s a little bit different to other places. There’s a niche group of us here doing what we do, and we all look out for each other, so we would find it really hard to leave! 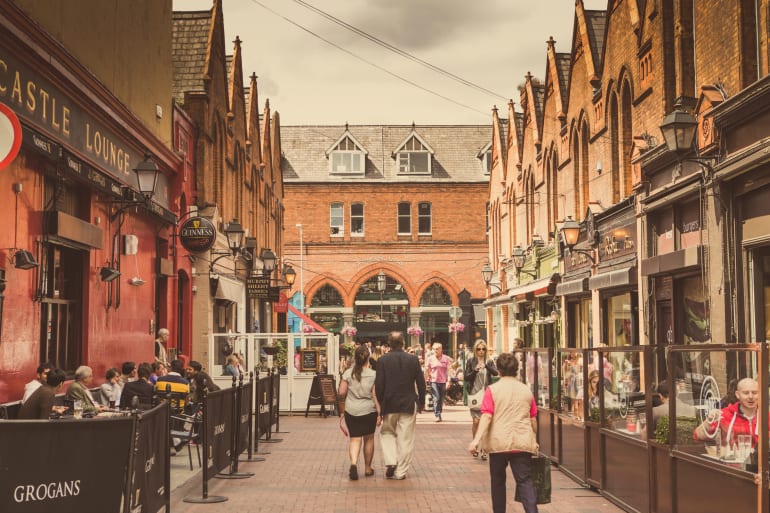 Do you find yourselves socialising in the area?

Yes, but we have a four year old at home so our socialising can be limited! When we do go out we tend to eat in The Westbury a lot, in both Balfes and Wilde. When we go in they always go that extra step to look after us as they know we are on a night out. We love that. At Christmas time we also stay there.

You talk a lot about wellness and maintaining balance. If you were to give a few top tips to people what would they be?

Social Media – I do a lot of talks where I show people where it has all gone so badly wrong. One of the first key things that effects us is social media. It has a lot to answer for. I’d have some people come in to me who are 40+ and following someone on social media who is in there 20’s and trying to emulate what they are doing. The reality is – they probably have a blog with a lot of time on their hands as that is all they do. This is not in line with everyone’s reality. It’s about finding the right balance and finding what you can actually achieve around your life.

Social media also has a lot to answer for in terms of people uploading photos and filtering them within an inch of their life. It can be such a bad representation to be showing people as your showing something that is unachievable. It’s all about what we can actually have, achieve and maintain. Balance is the key thing, which social media has skipped and jumped to the bottom line. 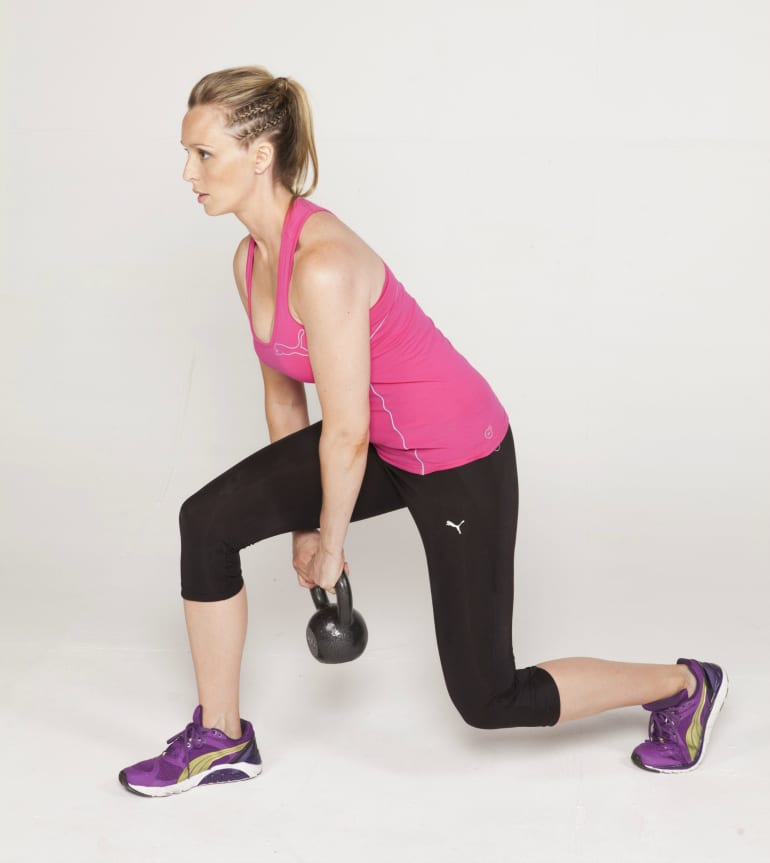 Fad diets – are another thing that don’t work. They are a momentary fix. If you do something on the short term, it’s not going to work for you in the long term. I train people with the focus of having a happy medium. It’s so easy to make bad choices. Everyone needs help to stay on the straight and narrow. It’s so easy to recommend the best pizza place, but harder to name the best place to get healthy meals, which is really why our relationship with The Westbury built. We wanted somewhere where people can go out, feel like they’re having a life but also have the healthy options, something that they won’t feel guilty for eating.

Finding a buddy really helps – whether it’s a food buddy or a training buddy. You making that commitment to someone else really makes a difference. That’s why personal training works so well. You make an appointment and you’re very reluctant to miss it as you’re going to be charged. Having a structure, deciding what works for you and what you can afford to do is key. It doesn’t have to be a personal trainer, but it’s important to have someone. 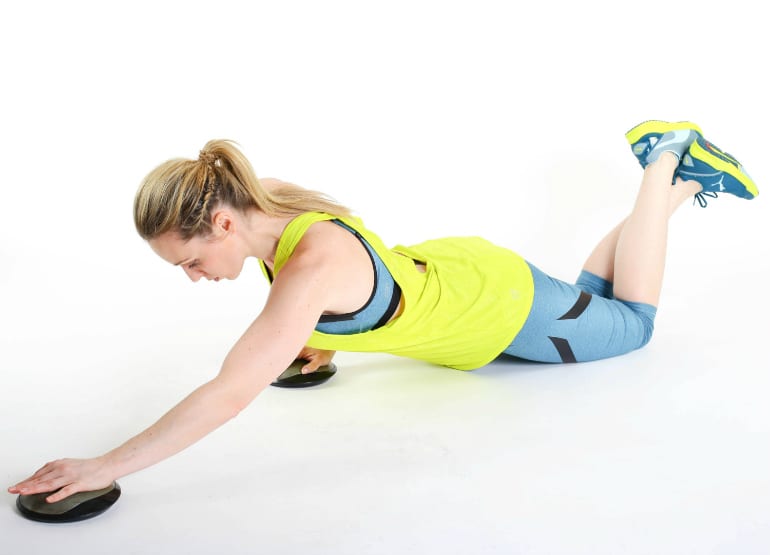 Another tip is in relation to snacking – For example I never have biscuits with a cup of tea because before you know it you’ve eaten half the pack. I also have rules with regards to eating in front of the TV. Carrot sticks and hummus are okay but anything like sweets or even dinner are not allowed. I try to sit at a table and enjoy the food. I’m not on an endless binge of continuously eating then. It’s mindless eating which is dangerous and when eating becomes an addiction.

Ultimately your diet does 70% of the work and exercise is the remaining 30% to get your body strong and create a balance.

You have a weekly column in the Irish Independent’s weekend magazine. What are the most common topics you write about?

I try to write about fairly simple things that people will understand. What I see out there is a lot of articles which are scientific but for the general population it has to be kept simple and easy. A lot of what I write about comes from my clients in the gym and questions they have. Sometimes I dispel myths. For example, a product might say it has no sugar, but maybe it breaks down in the body as sugar therefore actually doing almost the same thing. 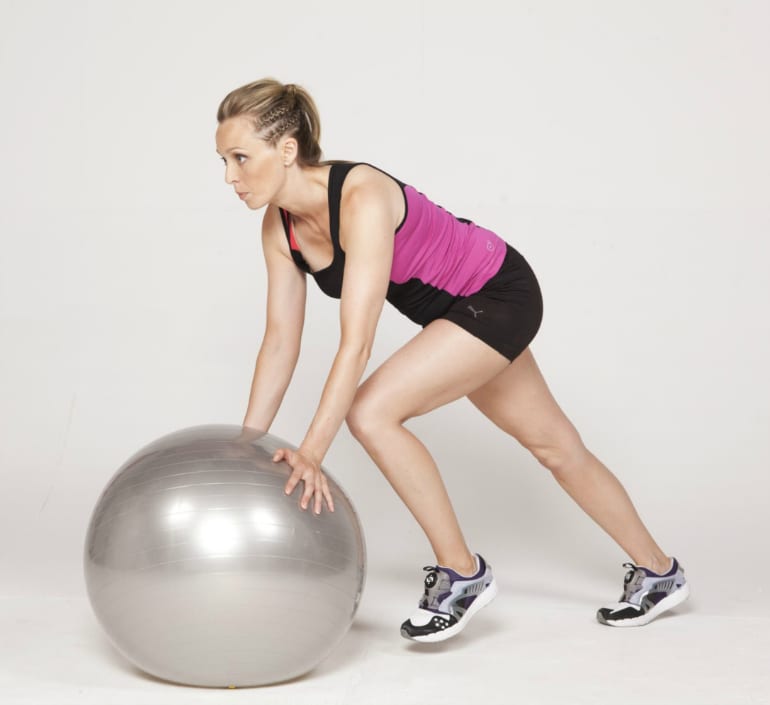 Tell us more about the Body Byrne menu you have designed in partnership with Balfes.

Selfishly I’ve designed the menu with stuff that I just want to eat and if anyone wants to join me that’s perfect! Our new menu still has our traditional oat pancakes. I love the idea of being in the States and going to iHop and getting pancakes. It’s a gorgeous novelty but your not going to eat like that every day of the week. I wanted for there to be a way that people could without the calories.

Our previous breakfast menu has done so well that we decided to try something for all day. It’s so easy to come up with simple, tasty, healthy meals that I’m so surprised that more places don’t do it. It’s just one of those things that should be done. Nothing needs to come pooled in olive oil anymore. Things should come in their natural state. Once your palette gets used to that, that’s all it will want. 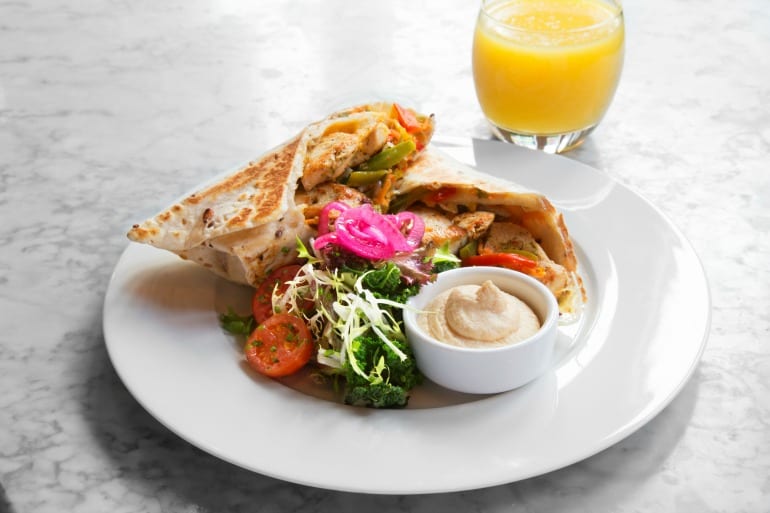 10 Places to Lunch After the Vhi Women’s Mini Marathon