The Best Places To Eat Around Henry Street

Written by Gerry Farrell on January 21, 2016. Posted in Food

We DublinTownies sometimes think that the Northside doesn’t get a fair break when it comes to the great eateries that are on our doorstep, for that reason we’ve decided to put together a new list, in no particular order, of our favourite places to grab a bite in the Henry Street area. You know the area has great shopping, cinemas, theatres and public buildings like the GPO but did you know there were so many places so practised in the culinary arts? 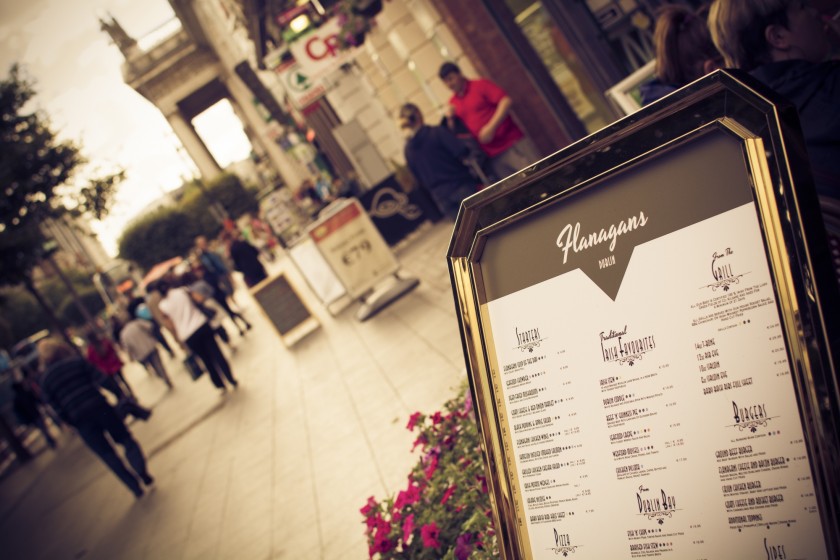 Flanagan’s has been at the heart of the city for over 35 years but this once traditional steakhouse has recently had a significant make-over. They still do a mean 12oz sirloin and a stack of tasty burgers but also have a quality seafood and pizza offering and even serve such traditional Dublin favourites as coddle. That’s not to mention their stunning art-deco style speak-easy lounge which also caters for private parties. 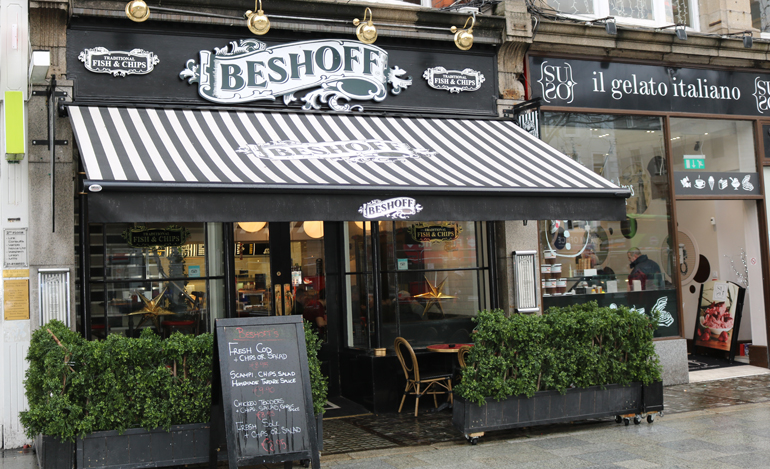 Ivan Beshoff was the last surviving member of that famous vessel of Tsarist Russian, the Battleship Potemkin, immortalised in Sergei Eisenstein’s film of the same name. Ivan passed away in 1989 at the age of at least 104, such are the benefits of eating plenty of fresh fish it seems! The O’Connell Street restaurant serves fresh fish daily and the seating area on the first floor offers great view out over the street. A great central spot to grab and “one and one”. Plently of salt and vinegar mind. 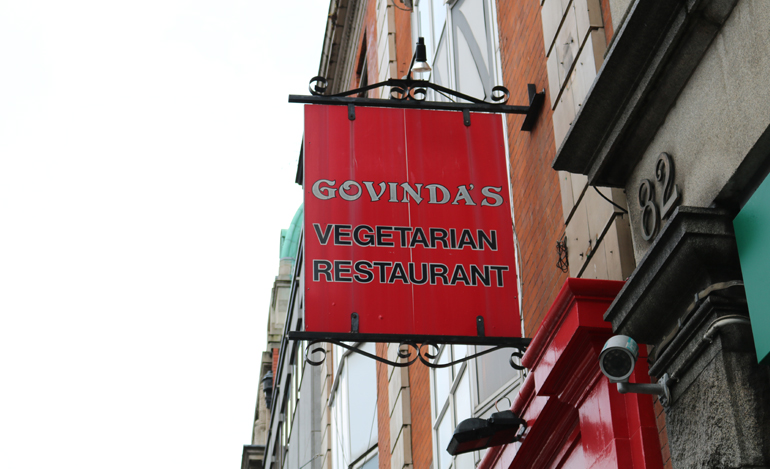 A great spot for filling, tasty and great value vegetarian cooking focusing primarily on the vegetarian cuisine of India. Located just off O’Connell Street, Govindas even has its own meditation and yoga centre upstairs. 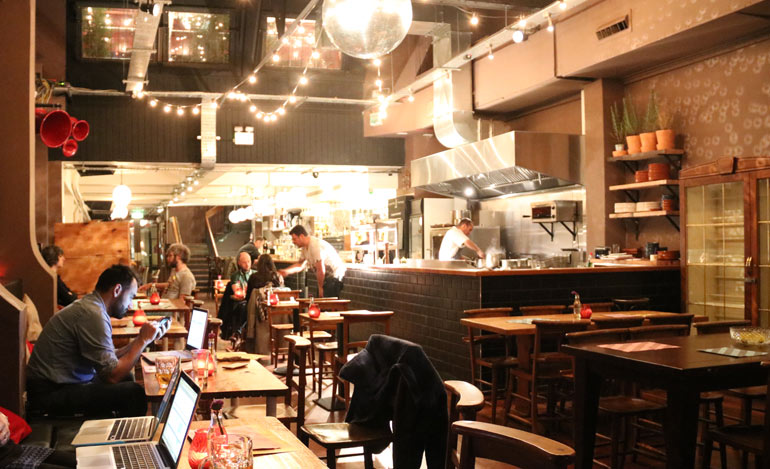 A new arrival on the scene Wigwam has taken over the space previously occupied by the Twisted Pepper but its still run by the folks behind BodyTonic and destinations like the Bernard Shaw. You can still get your Vice coffee here, as well as dozens of different kinds of quality rum for your cocktail and for food they do a day and night menu built around the exiting flavours both domestic and from all over Brazil. You can get everything from a bowl of porridge and ham & cheese toasties to chicken heart skewers and cassava fries. 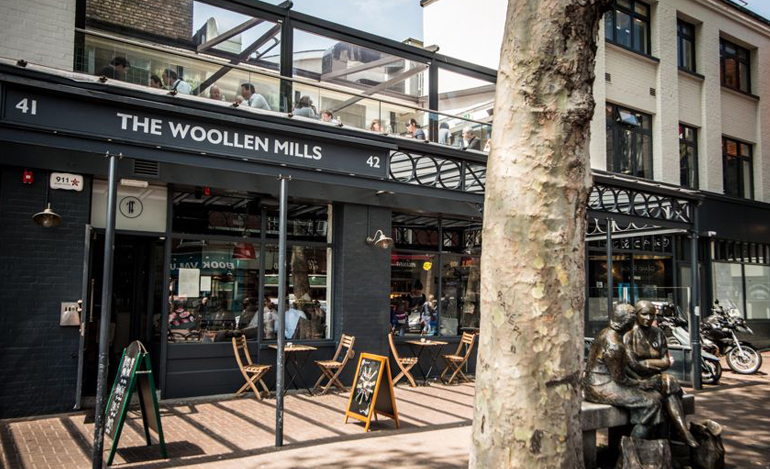 For well over a century if you needed a bolt of fabric or a ball of wool you went to the Woollen Mills, even James Joyce worked there as salesman. But in 2014 the recently vacated building became home to the Woollen Mills restaurant. From the same talented people who have brought us the Winding Stair and the Grand Social. Whether you just want a good coffee and a cake or want to sit down to a three course meal of the finest Irish produce the Woollen Mills is the place. Also when the weather is nice (it does happen occasionally) there’s nowhere better than their 1st floor terrace. 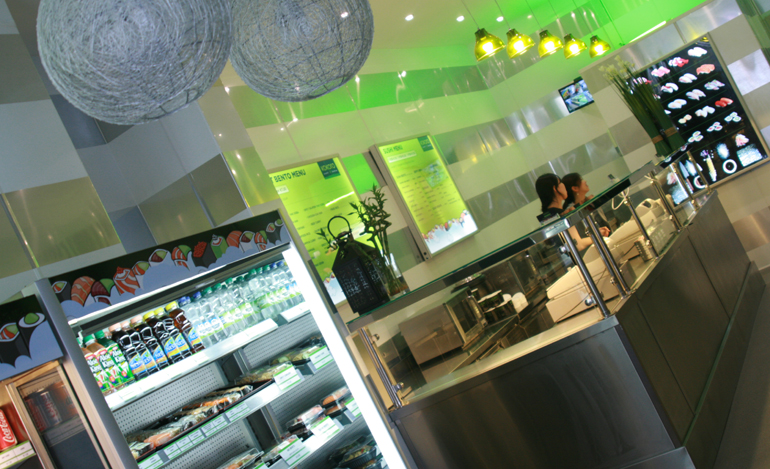 They may have a fab new premises over in the Creative Quarter their first city centre location was this little spot on Liffey Street and they do some of best, freshest sushi around. Kokoro (which means heart in Japanese) is Irish owned and run by Irish/Japanese husband and wife team Iain and Yomiko. A great place to get a quick bento box for lunch and you’re running late. 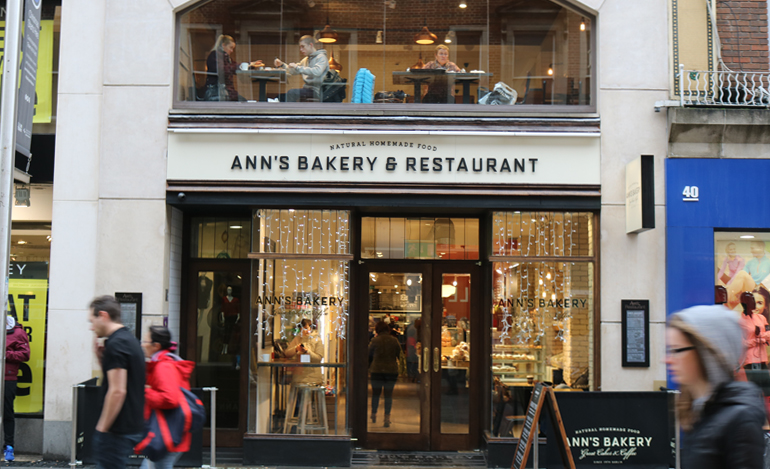 Ann’s is something of a Dublin institution, they’ve been trading on Mary Street since 1974 and recently opened a new premises on Moore Street with apparently another new outlet to follow. They’re rightly famed for their breakfast fry-ups, their bread and cakes and their lunch-time carvery. 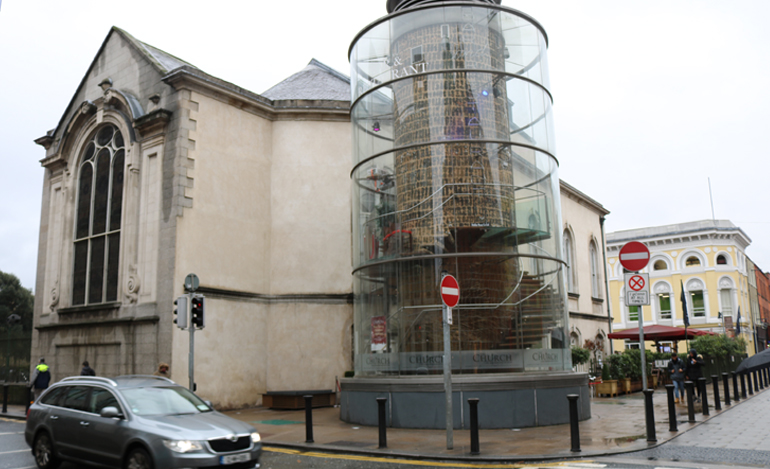 One of the most architecturally spectacular places to have dinner or enjoy a coffee in the city, The Church, as the name suggests dates back to the early 18th Century, the building is full of history, it was where Arthur Guinness got married, where Sean O’Casey was baptised and even George Frederic Handel used to practice on the beautifully preserved Church organ. It ceased its religious functions in the 1960s and was derelict for many years before being converted into a beautiful restaurant and bar in 2005. On a good day make sure you enjoy their outdoor terrace and delicious barbecue. 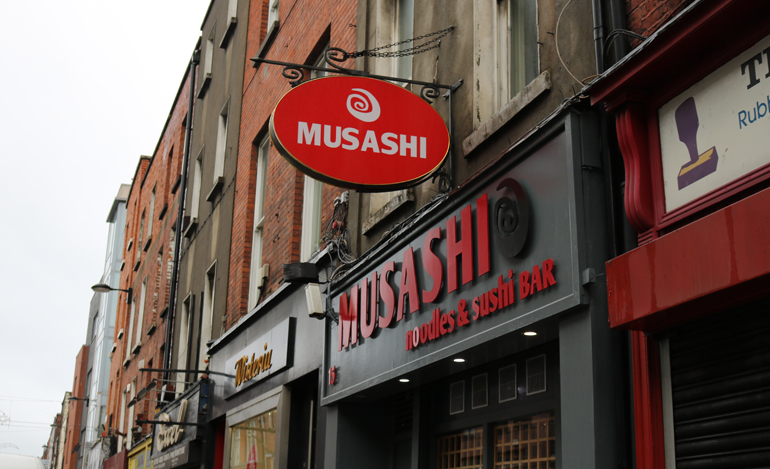 Only a few years ago there was a worrying number of vacant units on Capel Street but today this street has become a lively and vibrant area with much to offer . Part of this new vibrancy come from the number of new Asian restaurants offering Korean, Chinese and in the case of Musashi, Japanese cuisine. They specialise in fresh sushi and noodle dishes but also do a mean Katsu curry. You can even bring your own wine for only a €6 corkage charge. 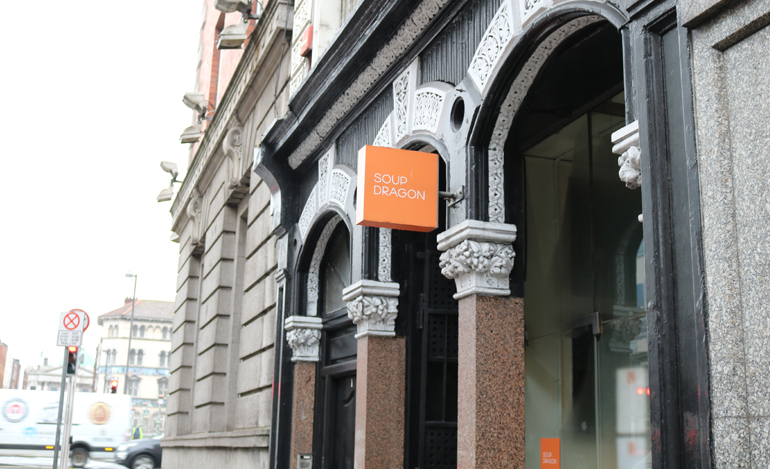 Soup Dragon have been trading out of 168 Capel Street for over 15 years and as you might have guessed their stock and trade are some of the best soups in the city but they also provide tasty breakfasts and bagels and sandwiches for the lunchtime rush. 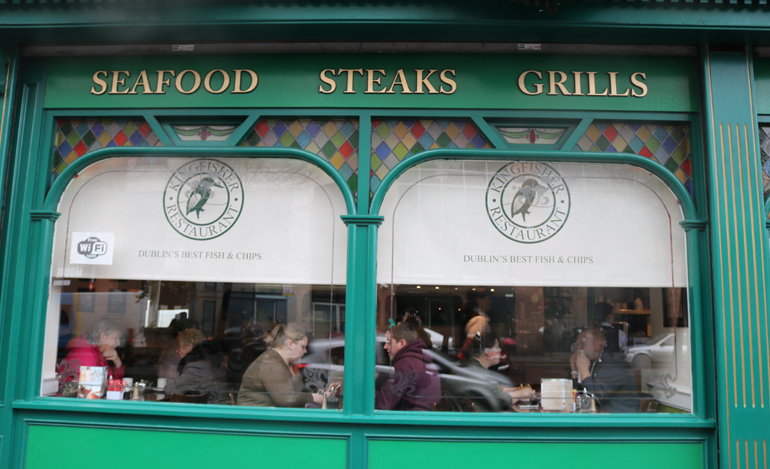 This popular, family-run restaurant has been providing traditional favourites for decades and the kingfisher restaurant has been voted as one of the top 100 restaurants in Dublin for over the last 10 years. They also run the neighbouring “In Cahoots” cafe and the Kingfisher fish and chip takeaway.